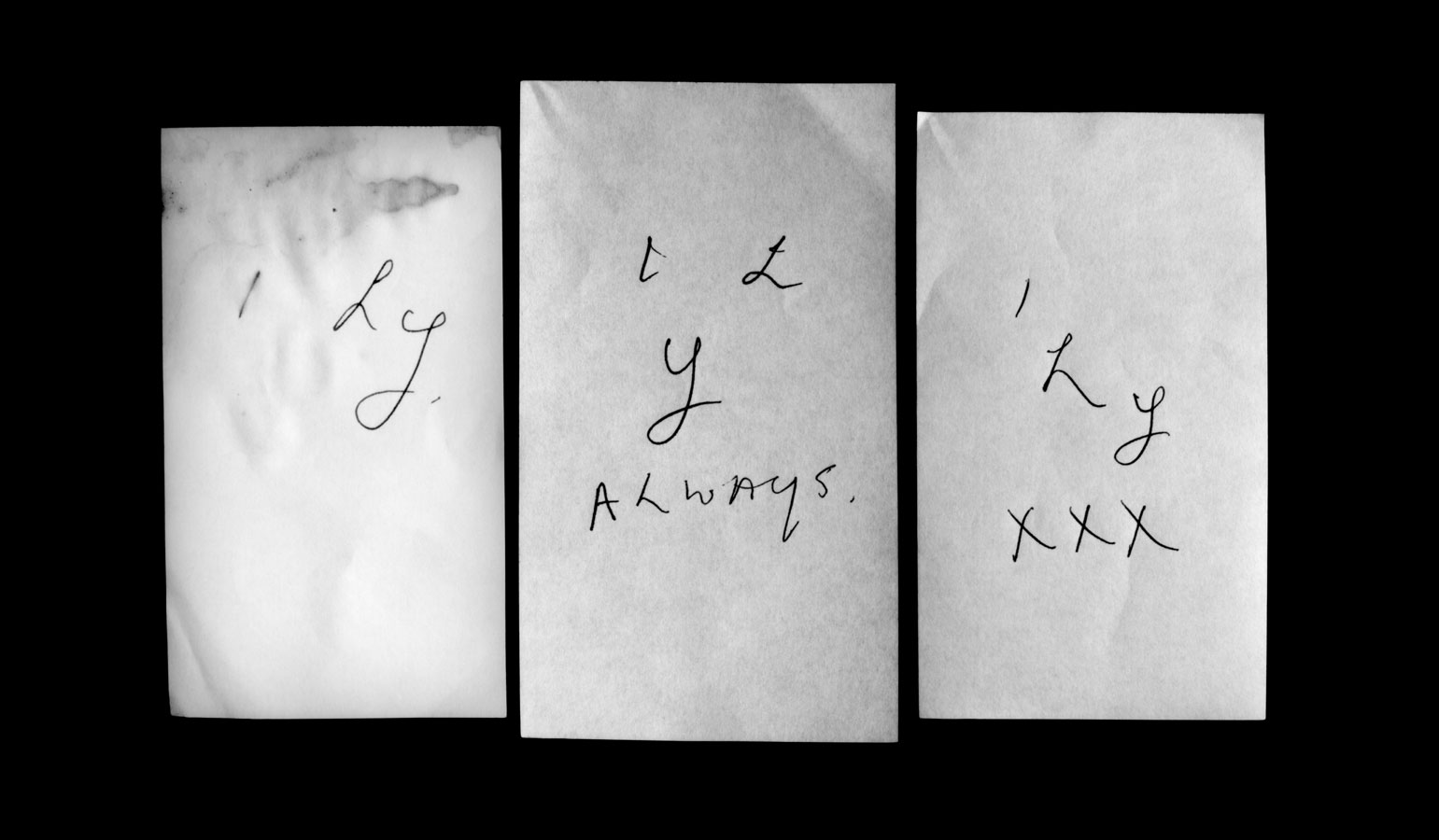 It’s ok if you’re grumpy, we love you.

Even the darkest winter’s day can be made bright with a little art.

This season Art Ache has two offerings of visual delight on display for all to enjoy. Artworks from Marie Shannon and Vincent Ward will be reaching towards your heart from various digital billboard locations throughout Auckland during July and August.

Marie Shannon is one of New Zealand’s most singular and noted photographers. Art Ache presents works from her Love Notes (2005) series.

In this campaign, love notes shared between her and partner, artist Julian Dashper (now deceased), have been photographed and presented on black like visual memorials. Changing into artefacts of memory, love and loss.

Such personal content presented in such a highly public arena will undoubtedly engage emotions one would not expect to encounter whilst on the morning commute.

A podcasted interview with the artist can be listened to here.

Vincent Ward is one of New Zealand’s most renowned film directors. For Art Ache, he presents Membrane (2012), an image from his underwater series.

Taking the artwork out of context completely changes its intent. The severe crops applied for the billboard medium re-present the work majestically within the city landscape. Rich in aquamarines but still mysteriously shrouded, the androgynous human form glistens like a jewel against winter’s grey.

Details of work: On display 1st July–31st August 2019.
Located on LUMO Digital billboards in and around Auckland city. Locations will be changing weekly.
This week’s locations are 15-17 Sturdee St, 206 Victoria St West, and 319 New North Road, Kingsland. Keep an eye on Art Ache’s Instagram and website for location updates and other information.

About Art Ache:
Art Ache’s ongoing quest is to engage everyday New Zealanders with Art and artists in a meaningful and relevant way. Art Ache places the artist first and believes at the core of every happy healthy society is a strong connection with its cultural ambassadors. Art Ache Manifesto

Art Ache would like to thank the artist’s dealer Trish Clark and the team at LUMO for being innovative art lovers and making this campaign possible.